(Apologies for the clickbait in the post title! But I’d really like people who are searching for solutions to read this.)

Between Qt 5.14 and Qt 5.15, my colleague, Marc Mutz, and I submitted a series of patches to Qt that added “range constructors” to the Qt containers. This brought Qt containers one step closer to…C++98 feature parity! 🙂

What’s a range constructor? It’s a constructor that takes an iterator pair (begin, end) and constructs a container by reading the corresponding range of elements:

Usually the range is obtained from another container of a different type. This allows for converting a container to another one, for instance, converting a QList to a QSet:

This approach works no matter what is the source container: it can be a QList, a QVector, a std::deque, and what not.

Some Qt containers also provided a similar functionality. For instance, in Qt 5, QList had the toSet() conversion function that returns a QSet with the same elements:

The new constructors are a generalization of these conversion functions. They work with any source container, including the ones from the Standard Library, but also those from Qt that were simply lacking the conversion (did you ever notice that there isn’t a QVector::toSet()?).

Therefore, in a related set of changes, the conversion functions have been deprecated in Qt 5.15 and then removed in Qt 6.0.

This has made a lot of people very angry and been widely regarded as a bad move. 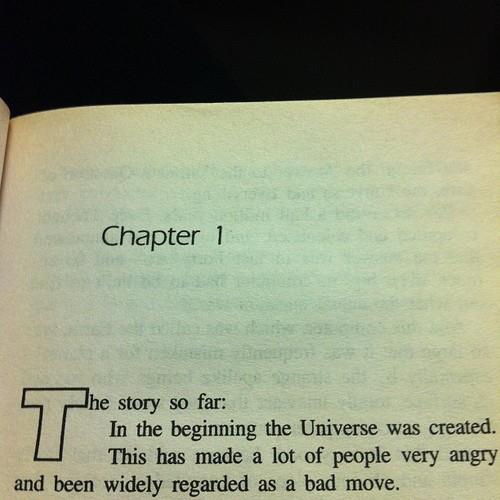 Anyway, on the web, you may find quite a bit of unhappiness about the change. There’s a Qt bug report that tries to collect this information, as well as some threads on the Qt mailing lists.

The common factor to the complaints was that the deprecation and subsequent removal looked entirely gratuitous. In other words, is it only because we don’t want “duplication” in the APIs that we are asking users to replace perfectly working code with code that is:

That sounds silly at best; and certainly against Qt policies of offering nice-to-use APIs.

That’s why we…actually have nice things!

Qt has always had convenience methods on its containers. This is perfectly natural in Qt:

Only C++23 will perhaps add something as convenient to the Standard Library:

In the meanwhile, this is the “common” way we do it today:

Quite a mouthful when compared to Qt’s way, right?

So if we have standard algorithms (like std::find), why do Qt containers still offer contains, indexOf, and so on? Should we get rid of them, too?

The answer, generally speaking, is no. Qt does not strive for minimality, it strives for convenience. And having those functions is convenient for end users.

The struggle between “easy to use,” and “hard to misuse”

Convenience must never be a trade-off for correctness. This is a given.

But convenience should also not let people misuse the APIs for the intended usage. Unfortunately, this is much harder to enforce when simply providing a correct API.

Case in point: toSet() has been introduced as a conversion function from QList to QSet. It does what it says, in the best way possible.

But how and where is toSet() actually used? Do people really need to convert lists to sets all the time?

Or similarly, it has been used to process elements uniquely:

Or to generate an list of unique elements when joining multiple lists:

All of these usages have a common denominator: they abuse the container API instead of using an algorithm. There’s a better, algorithmic solution for most of these. To put in another way, very few of these really require the “convenience” provided by toSet(), and the few ones that do need it are easy to port away to the range constructors.

So why do people immediately jump to using the converting functions between containers?

As a C++ teacher, it’s a hard truth for me to digest. Here, I mostly see a failure at educating C++ developers.

So, when faced with a very concrete problem, such as how do I remove duplicates from a QList?, developers immediately jump to QSet. Hey! It’s the thing that doesn’t allow duplicates in the first place! “So how do I go from a QList to a QSet? Oh, there’s converting function, toSet(). Job done; move on.”

The correct mental approach of getting rid of duplicates should be different. That is, the default go-to for an algorithmic problem should be an algorithm. Just searching on Google would reveal the correct algorithm to use.

Please note, the fundamental reason why I’d love to spread more knowledge about algorithms isn’t just about performance. Yes, removing duplicates via QSet will cost you an awful lot more when compared with a std::sort+std::unique approach:

But I don’t want to go there. I’m sure that someone will come up with some specific numbers and datatypes for which the QSet approach will actually be faster. In the bigger scale, it’s the wrong approach, and we shouldn’t let users choose the wrong approach. They deserve better. We’re not doing them a favor by supporting APIs such as toSet() and not teaching them the alternatives.

That’s the real reason for deprecating toSet(). It’s an API which is too easy to misuse, and correctly serves just very few users.

Summary (or: TL;DR: give me the solutions!)

Here are a few quick recipes for going forward.

If you can reorder the elements in the container itself, then use an algorithm (technically, two: sort and unique; plus a call to the container’s erase), it is the fastest option available, at zero extra memory cost.

You can package this as a utility function:

If you cannot reorder the elements in the container, then use a different algorithm!

KDToolBox::DuplicateTracker is a small utility class from KDToolBox, KDAB’s collection of miscellaneous useful C++ classes and stuff. It wraps a set and also uses monotonic_buffer_resource to improve the memory usage for small containers, avoiding allocations in those scenarios.

In either case, you may want to also call container.shrink_to_fit(); at the end, if you want to shed extra capacity.

Of course, bear in mind that this may cost you the same size of container (if it just contains unique elements).

“I really, really need to convert a QList (or another container) to a QSet.”

You can use the ranged constructor:

If you obtain the list from a function call, however, be sure NOT to call the function twice!

The double call is expensive and, also, wrong (you’re getting potentially two distinct containers back).

“It’s still me. I really, really need to convert a QList (or another container) to a QSet. AND I HATE THIS SYNTAX!”

If you can, add range-v3 to your project, and you will be able to do even better:

This is pretty sweet to type.

“It’s still me. I really, really need to convert a QList (or another container) to a QSet. range-v3 sounds sweet, but I can’t use it yet — slows down my compilation times too much, etc.”

Then use KDToolBox again. It features a minimal implementation of ranges::to:

Could Qt have left these methods in Qt 6, although deprecated?

That is a very good question. I personally don’t have a good answer. The point of deprecated functionality is that, sooner or later, it will need to be removed, and Qt 6 looked like the perfect time to do so.

Why not add some generic Container::to<OtherContainer>() functions?

As I said, converting between containers is, in and of itself, a sketchy operation. There’s a way to do so; why should we support them with extra convenience? Does the potential for good usage outweigh the potential for misusage? The data so far shows that no, it doesn’t. But please, don’t let me discourage you from contributing these functions to Qt!

Thank you for reading, and I’ll see you next time.