KDAB’s unique knowledge and leadership on Qt on Android enables you to quickly make existing C++ and Qt applications available on Android. Optimizing integrations on the C and OpenGL level and building touch screen UIs in record time for a variety of domain are also part of our specialties.

KDAB can help you develop Qt on Android applications with:

We are proud of our skills to:

Example of KDAB leadership on Qt on Android

KDAB’s Bogdan Vatra created the necessitas project / Ministro II which were installed by millions of users. Bogdan started the work on Qt on Android in 2009 has also published a power efficient ZX Spectrum emulator based on FUSE on Google Play, Spectacol.

KDAB is the the official maintainer and worldwide “go-to” company with regard to Qt on Android. 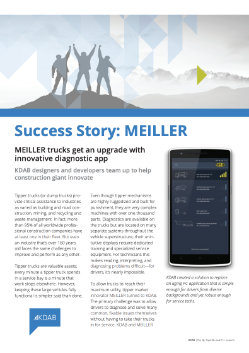 View more of our whitepapers...