This blog series will introduce the clang-tidy utility from the Clang/LLVM project and show how to use it to automatically refactor C++ source code and integrate with your build system, as well as how to use the tool on other platforms than Unices.

C++11 added a significant amount of new C++ language features which to date still aren’t used to their full extent. The most visual ones are for sure auto, override, Lambda expressions, range-based for, uniform initialization syntax, you name it. While C++11 is now several years old already, there’s still lots of code bases which don’t use any of the new language features, be it by policy from management, or by pure laziness to avoid the porting effort from the developer side. Clang-Tidy from the LLVM compiler infrastructure project is here to at least overcome the latter, to allow automatic refactoring of your source code so it uses the new language features.

Now, what happens if you already maintain a fairly large code base which is still compiles under C++03 mode but you do want to embrace using C++11 in the future, with all the helpful features it has? You’ll likely have lots and lots of code similar to this:

So far you of course always re-implemented the correct base-class method, because you’ve extensively tested your code via unit tests! Of course you did. Thus the code is fine but you would now like to move on. You’d like to add the override specifier to every single re-implemented method in your code base, but of course without hiring a trainee which goes through the code line-by-line and adds them manually.

Just to stress that adding override indeed serves a purpose, we’ve just recently fixed a bug in Qt 3D where we were not overloading the correct base-class method. With the specifier added earlier, we would have noticed instantly, after recompilation.

Clang-Tidy to the rescue!

Clang-Tidy is a clang-based C++ linter tool which provides a shell executable called clang-tidy as the main entry point. It is an extensible framework for diagnosing typical programming errors, or style issues — generally anything which can be detected during static analysis of the code. The real benefit of the tool is that it additionally allows to automatically refactor the source code by applying fixits each individual issue may provide. It is heavily plugin-based and comes with a useful set of plugins out of the box, which we’re going to discuss in the next paragraph. 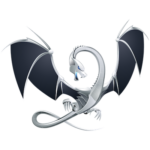 Clang-Tidy is a tool developed and maintained by the Clang/LLVM community.

When running Linux, clang-tidy is usually easy to get via your distribution’s package manager. On Ubuntu Linux for instance, installing it is as easy as running the following commands:

We’ll be discussing installing the tool on other platforms than Linux in one of the upcoming blog posts.

Note: We recommend you to always install the latest version (at the time of writing, the version based on Clang/LLVM 3.9 is recommended), as the number of available plugins/checkers varies greatly from version to version and grows constantly.

A typical invocation of the command-line tool looks like this:

Executing it like this, the tool will print a bunch of warnings and notes (if applicable), in exactly the same way Clang/GCC provide diagnostics, too.

Clang-Tidy is a useful static analysis tool on its own with lots of different available checkers, this, however, is not the focus of this blog post. We’d rather want to leverage the tool’s powerful refactoring capabilities to modernize our source code.

Running the tool without any specific command-line parameters will run the default set of checkers enabled by the utility. Let’s check what other checkers it has to offer (by passing –checks=’*’ to see them all), and specifically grep for the ones with modernize in their names. Those checkers advocate usage of modern language constructs:

Impressive list of options already, isn’t it? Clang-Tidy indeed ships some interesting checkers out of the box (as of Clang/LLVM 3.9), with the list growing constantly from release to release.

The names of the checkers are pretty much self-explanatory (e.g. modernize-use-auto will embrace using auto where applicable), but if you want to explore what each of them means, please consult the list of checkers on the clang-tidy homepage:

To show how the tool is being used let’s focus on the modernize-use-override checker, as it’s the most applicable and most uncontroversial checker.

Running clang-tidy on the example (this time with the modernize-use-override checker enabled):

Alright. So it noticed that Derived::reimplementMe(int) overrides a base-class method but is lacking the override specifier! Now we could add that manually… or just let the tool do it for us by passing -fix!

Running it on the example (with modernize-use-override checker & fix-its enabled):

Clang-tidy applied the fix-it, and inserted override after the method declaration in line 5. Done!

A couple of notes

There are a few things worth mentioning:

So far we’ve run clang-tidy on a single, standalone file only. What happens if you have a more complex project setup, with lots of files, all with custom compile flags? Clang-tidy always operates on a single file, or rather, translation unit. We can help the tool to figure out the correct compile flags for each translation unit we compile in our project. The most convenient way to run it is with a compile command database. CMake can automatically generate one, and once a compile_commands.json is in place and a working version of clang-tidy is in PATH the entire code base can be analyzed with the run-clang-tidy.py script (usually shipped as part of the installation). If not you can simply download it here.

Note: It is highly recommended to use run-clang-tidy.py to run clang-tidy on a whole project, since it’ll run the tool multiple times in parallel and makes sure concurrent executions don’t interfere with each other (e.g. by avoiding modifying a shared header in parallel and in turn generating broken code).

For generating the compile_commands.json file in a CMake-based project, just run:

Use script to run clang-tidy

Now for running the tool with the default checks on each translation unit in the project, simply invoke the run-clang-tidy script inside the directory with the compile_commands.json file:

As seen before, this will not modify anything so far, as we’ve run clang-tidy with just the default checks enabled. To e.g. run the modernize-use-override check on all translations units and actually refactor all your code, this invocation is needed:

Note that the fixes are only applied in once run-clang-tidy has finished! The script will only record the changes to-be-performed and applies them all at once at the end.

Again, the modernize-use-override is just an example, clang-tidy has lots of other checkers which are useful. Another super useful one is the modernize-use-nullptr checker, which transforms 0, or e.g. NULL literals into modern C++11 nullptr version. To refactor all uses of the old-style literals in your project, simply run:

I’ve personally used clang-tidy on a lot of different projects already, with positive results. Remember, this tool has perfect knowledge of your code (as it is in fact using the Clang compiler frontend) and thus will refactor your code without ever introducing broken code.

Clang-Tidy is a powerful tool which makes porting your legacy code base towards C++11 a matter of running a one-liner. It comes with a great set of default checkers and the list of additional ones grows constantly. The modernize- checkers can be used to modernize/refactor your source code to use new C++ language features.

In the next part of this series we will discuss how to use clang-tidy project-wide with other build systems.

KDAB employs several engineers who are working with Clang Tooling on a daily-basis. We’re happy to assist you in case you have troubles using Clang Tooling in your project or want to get the most out of it: by letting us implement project-specific code checks or run automatic refactoring tools on your code base. We’ve helped clients modernizing their very large code bases successfully using tooling – something which would not have been feasible for them cost-wise doing it manually.