Highlights from the 2016 Qt World Summit (or “Don’t treat me like an OBJECT, just because I’m Qt”) 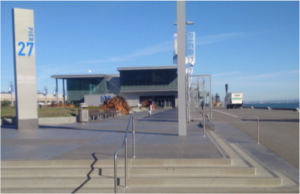 Last week was the 2016 Qt World Summit, held at the wharf in downtown San Francisco, which attracted over 600 Qt developers, contributors, and enthusiasts from around the world. If you didn’t have the fortune to join us there, don’t worry—we’ve got a brief highlight reel for you.

There were a number of keynotes covering the technology from latest developments to provocative thoughts. This is just a small sampling; we won’t give you the spoilers because you’ll certainly want to watch these and other really interesting talks yourself (video links will be posted as soon as they’re online). Kevin Kelly, one of the people who launched WIRED and currently their “Senior Maverick”, gave us a view towards a fascinating and surprising digital future. Also notable was a spotlight from Philip Rosedale, CEO and co-founder of High Fidelity but perhaps better known as the creator of Second Life, discussing where virtual reality is right now and where it’s headed. And NASA scientist Stephen Casner shared his thoughts on how to balance the fine line between humans and automation.

Of course, what’s a Qt conference without the future of Qt? There was plenty to digest as experts from across the Qt ecosystem talked about Qt roadmap, Qt and IoT, Qt Automotive Suite, Qt3D, Qt for VR, Qt on Android, and plenty, plenty more. Our head KDABian, Kalle Dalheimer,

was asked about KDAB’s role in Qt and he got a chance to proudly explain something that many people weren’t aware of—KDAB is a significant contributor to Qt, providing Qt3D, Qt on Android, Qt on IoS, Gamma Ray, and many other additions, developments, fixes, and improvements throughout the Qt code base.

You can’t attend a conference without taking away some overall trends. 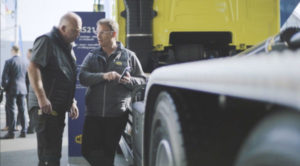 Overall, it was a 3-day Qt whirlwind for C++ developers and embedded decision makers. Talking to a sampling of the exhibitors, the audience provided a lot of quality discussions. And we didn’t even touch on the full day of training sessions! Did you attend Qt World Summit 2016? Any observations that you’d like to share? We’d love to hear what you thought.

1 thought on “Highlights from the 2016 Qt World Summit”