After two years of frustration and delays, Embedded World is finally back and KDAB was there at the Qt booth, number 258 in Hall 4.

As usual we showed some great demos – updates to some golden oldies, and some brand new ones.

We were impressed at the number of visitors who turned up, as well as the exhibitors – most of the usual suspects were there.

We showed two brand new demos, which received a lot of attention. 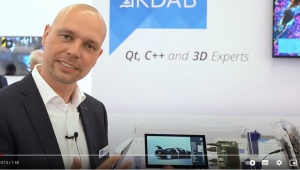 1.  A brand new Kuesa 3D demo, particularly suited for the automotive cluster. It shows how you can change 3D assets from Blender via rsync while the app is still running… on an iMX8… without a cooling fan! We got very positive feedback.

This demo also shows the workflow and how designers can easily update 3d assets.

See the demo in action.

Kuesa 3D is a complete design-to-code software toolkit for 3D in real-time applications, tailored for developers and designers needing to integrate high performance 3D into their 2D embedded or desktop UI in the most efficient way. Find out more. 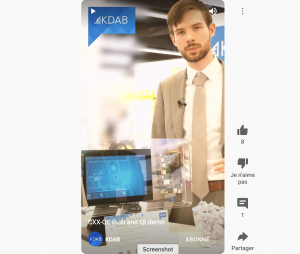 2. We also showed a demo based on Rust for Qt Bindings that we’re very excited about. The demo is a sensor accumulator that reads sensor data from several clients that are connected to it over the internet. It shows what makes Rust the ideal language for such an application, including Memory safety, Easy Error handling and protection against malicious input and Simple and Safe concurrency with both hardware threads, as well as futures.

Visitors could take a look at the code to see how easy it is to write Code using CXX-Qt.

See the demo in action.

Find out more about CXX-Qt.

Check out our repository: https://github.com/KDAB/cxx-qt

We showed the display for the Braumeister beer brewing machine – the hot product from a longstanding top quality container company who took the leap into the digital UI space, with our help, some years back. 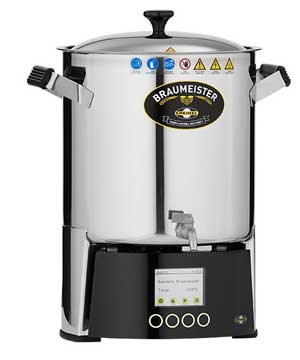 The electric scooter everyone wants, with a digital dashboard developed by KDAB while Unu engineers focused on other parts of the stack. 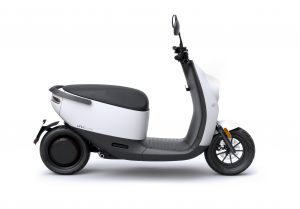 Check out the latest unu models.