Qt 3D has a flexible and extensible architecture that allows us to easily add our own new functionality to it without disrupting the existing features. The functionality of Qt 3D is divided among so-called aspects, each of which encapsulates a particular subject domain such as rendering, input, or animation. 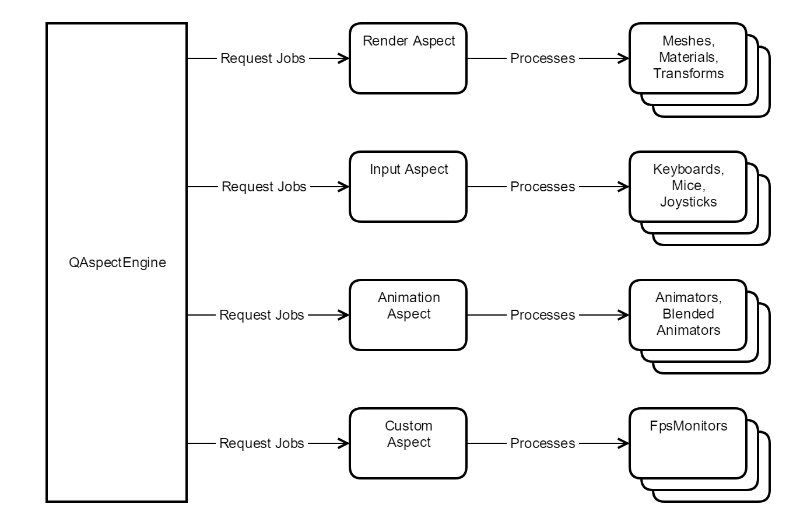 This short series of articles will walk you through the process of adding a new aspect that provides component types and behaviour for a new domain not covered by Qt 3D out of the box. For this example we have chosen to implement an aspect that allows calculating running means of the frame rate. Of course this could legitimately be added to the renderer, but it’s simple enough that it makes a nice example for our purposes today. The full source code for the example is available for download.

The application that we will build looks like this. It’s a very simple Qt 3D scene and the window shows the current mean frame rate. 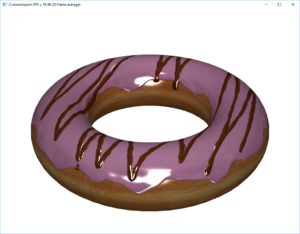 There are a few parts that we need to consider when adding such new functionality (see the diagram): 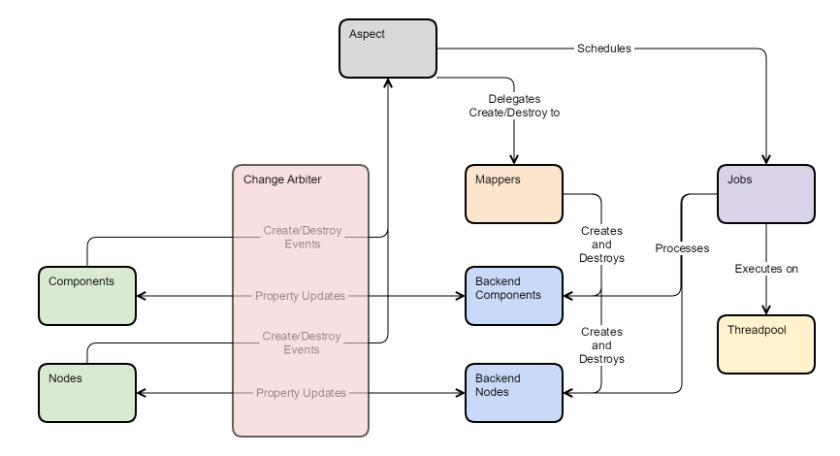 Writing the initial aspect itself is really trivial. Just subclass QAbstractAspect and register it with the QAspectEngine:

QAbstractAspect has a few more virtuals that you can override to do initialisation and cleanup should you need them. However, for this simple example all we need to do is to implement the jobsToExecute() virtual. Later we will use this to schedule a job to execute on the threadpool each frame, but for now we just output some debug text to return an empty vector (no jobs to run). Note that these virtual functions will only be called once you have registered the aspect with the QAspectEngine (see above) so that it is part of the simulation. We will return and complete the aspect a little later.

We wish to add functionality to report on the mean frame rate averaged over a given number of frames. With this is mind we might come up with an API something like this:

Note that we use a declarative, property-based API so that this class can easily be used from QML as well as from C++. The property rollingMeanFrameCount is a regular read-write property and the implementation of the setter and getter functions are completely standard. This property will be used to control the number of frames over which we calculate the moving average frame rate. The framesPerSecond property is a read-only property which will later be set from a job that we will write to process FpsMonitor components on the Qt 3D threadpool.

Before we can utilise our custom component from QML, we must register the type with the QML type system. This is a simple one-liner that we can add to our main function:

where we also took the opportunity to export the window to the QML context too (we’ll need that in a moment).

Once that is done, we can import the CustomModule QML module and make use of the FpsMonitor component just as we would for any of the built in types.

Of course at this point, the FpsMonitor doesn’t do much except for setting the value of the rollingMeanFrameCount property. Once we complete the backend, the above code will update the window title to show the current mean frame rate and the number of frames used to calculate it.

In the next part we will implement the corresponding backend node for FpsMonitor and make sure it gets created and destroyed on demand and set up communications between the frontend and backend.