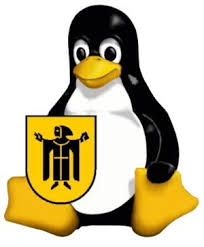 There has been a lot of back and forth around the use of Free Software in public administration. One of the latest initiatives in this area was started by the Free Software Foundation Europe, FSFE. It focuses on the slogan: Public Money – Public Code. There are various usage scenarios for Free Software in public administration. The span ranges from the use of backend technology over user-facing software, e.g. LibreOffice, up to providing a whole free desktop for the administrative staff in a public service entity such as a city council. In this article we will focus on the latter. When the desktops in an administration are migrated to Linux, the administration becomes a distribution provider. An example for this is the LiMux desktop, that powers the administration of the city of Munich since 2012. LiMux is a distribution, maintained by the central IT department of the City of Munich. Technically, it builds upon Kubuntu. It provides specific patches, a modified user experience and an automatic distribution system, so all desktops in all departments of the city can be easily administered and offer a consistent user experience. Distributions in the Free Software ecosystem have different roles, one of them surely being the provider of the finishing touches, especially to important software for its own users. Obviously public administration has special demands. Workflows and documents for example have a totally different importance than for the average Kubuntu user. In Munich for example, architects in one department complained that Okular, the LiMux and KDE pdf reader, would freeze when they tried to open large construction plans. When the city investigated this issue further, they found out that actually Okular wouldn’t freeze, but loading these large maps would simply occupy Okular for quite a while, making the user think it crashed. Naturally the City of Munich wanted this issue fixed. But this use case is rather rare for the voluntary Free Software Developer, as only few user groups, like architects, are actually in the situation of having to deal with such large files, so it was unlikely that this bug would be fixed on a voluntary basis. Since the city does not have enough developer power to fix all such issues themselves, they looked to KDAB for external support. With our KDE and Qt expertise, we were well-positioned to help. Together we identified that, instead of the suggested busy indicator for Okular the City of Munich wanted, progressive loading would be an even better solution. It allows the user to visually follow the loading process and makes it possible for the user to interact with large files as early as possible. And as the City does not want to maintain a patch that fixes this issue for them locally, we also helped them to get all the patches upstream. This way all efforts are made available for the architects at the City of Munich and also for the general public. In the same spirit we have fixed numerous issues for the City of Munich all around KDE and Qt. As another example: we brought back extended settings to the Qt print dialogue. This allows the City of Munich to make use of all of the functionalities of their high-tech printer, like sorting, stapling and so on. You can read more about KDAB’s work on this here. Becoming a distribution implies a lot of responsibility for a public administration and KDAB is proud to offer reliable backup for any administration that decides to follow the Linux, Qt and KDE path.

Afternote: Recent developments mean that the City has decided to revert the migration back to Microsoft by 2020. The good news is that most changes and adjustments they have made are available upstream and other administrations can build their own solutions upon them.

8 thoughts on “The LiMux desktop and the City of Munich”