We have released version 2.8.0 of our Qt application introspection tool GammaRay. GammaRay allows you to observe behavior and data structures of Qt code inside your program live at runtime.

A big focus in this release is improvements to the Qt Quick inspector, which gained layout helper grids and Qt Quick Controls 2 tracing, as well as initial support for the software renderer. We have also optimized the performance of the remote view, which previously managed to saturate a 100Mbps network link, which is problematic on embedded devices. 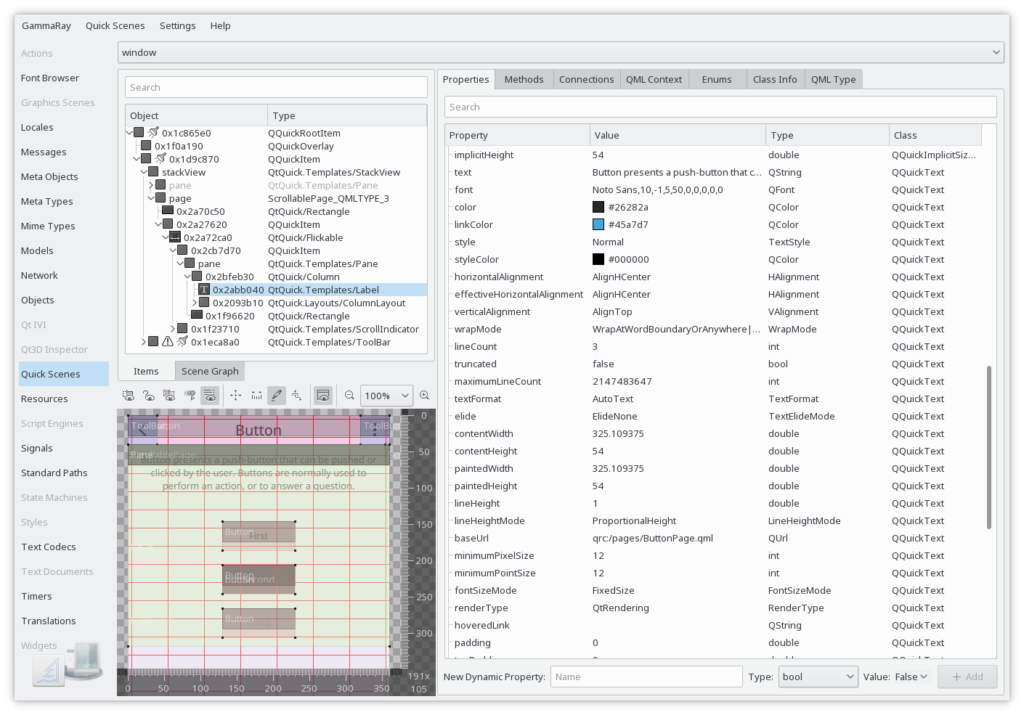 Another major new feature is source code navigation for QObject created in C++ code, allowing you to open the source code at the spot the object you are currently inspecting has been instantiated at. This has previously been only available for objects created using QML. This feature is only available for Linux targets at the moment, and like an instruction-level debugger, it requires debug information to be available for the corresponding binaries.

Thanks to improvements in the object lifetime tracking, we were now able to improve the QMetaObject browser to show accurate statistics for dynamically defined types as they occur, for example in QML or QtSCXML. This makes it even easier to spot issues with short-lived but potentially expensive objects in QML applications, or excessive object creation in general. 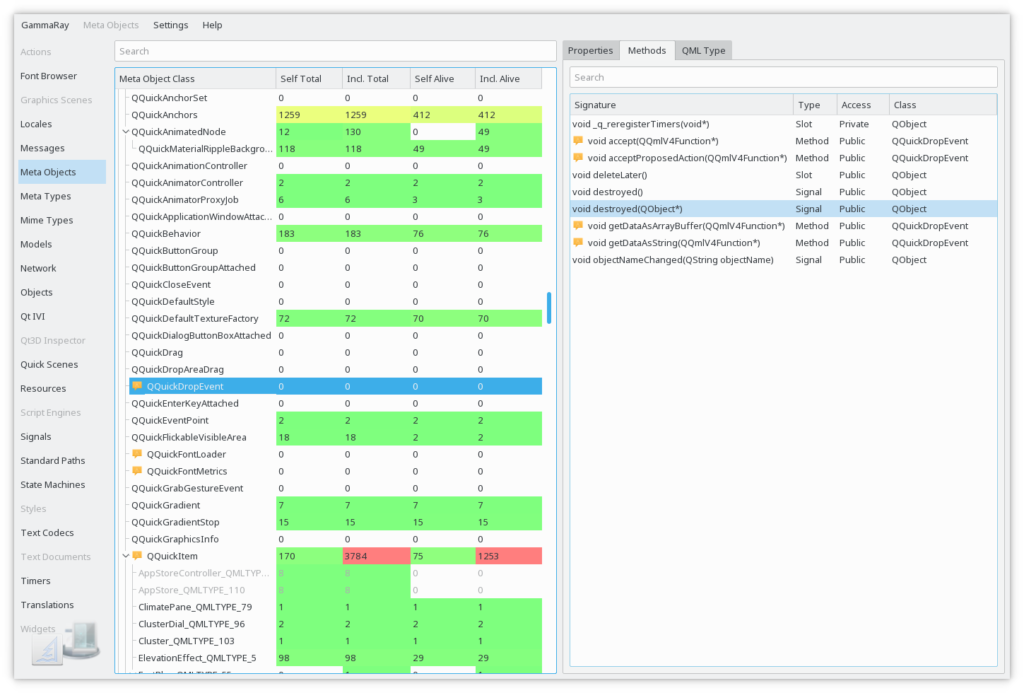 Beyond that, we have added a new timezone database browser, and expanded the capabilities of the QtIvi inspector to more property types – a feature of particular interest for users of the Qt Automotive Suite. The user manual has also seen quite some extensions.

With GammaRay 2.8 we are now introducing a mechanism for you to help us improve GammaRay by contributing statistical data or participating in user surveys. This is off by default and can be enabled using the Help > Contribute menu action in the GammaRay client.

One question we’d like to answer with this: When can we sensibly stop supporting legacy Qt or compiler versions without affecting too many of our users? Please check out this option and consider helping us by enabling it!