All main 3D hosts like Blender, 3DS Max and Maya have a glTF2.0 exporter. A glTF2.0 file can be loaded into Kuesa Runtime as easily as loading a JPEG. Currently Kuesa 3D is the only way to properly use glTF with Qt 3D and is mostly glTF2.0 compliant. Examples of glTF2.0 features supported are: skinned animations, PBR material, unlit material, compressed meshes and light extension.

Under the hood, when you load a glTF2.0 file into Kuesa 3D Runtime, collections of Qt3D elements are created automatically (e.g. entities, materials, etc). You can then retrieve and bind those objects of your 3D scene just like other QML elements. Also, you can either make 3D part of your UI, or better still, make 3D content created in Blender, 3DS Max part of your UI.

Kuesa 3D Runtime may be used as a tool in the creation of applications. To incorporate it as a library into an application and sell on as a commercial application, ask us for Kuesa 3D Studio. Read the complete EULA. 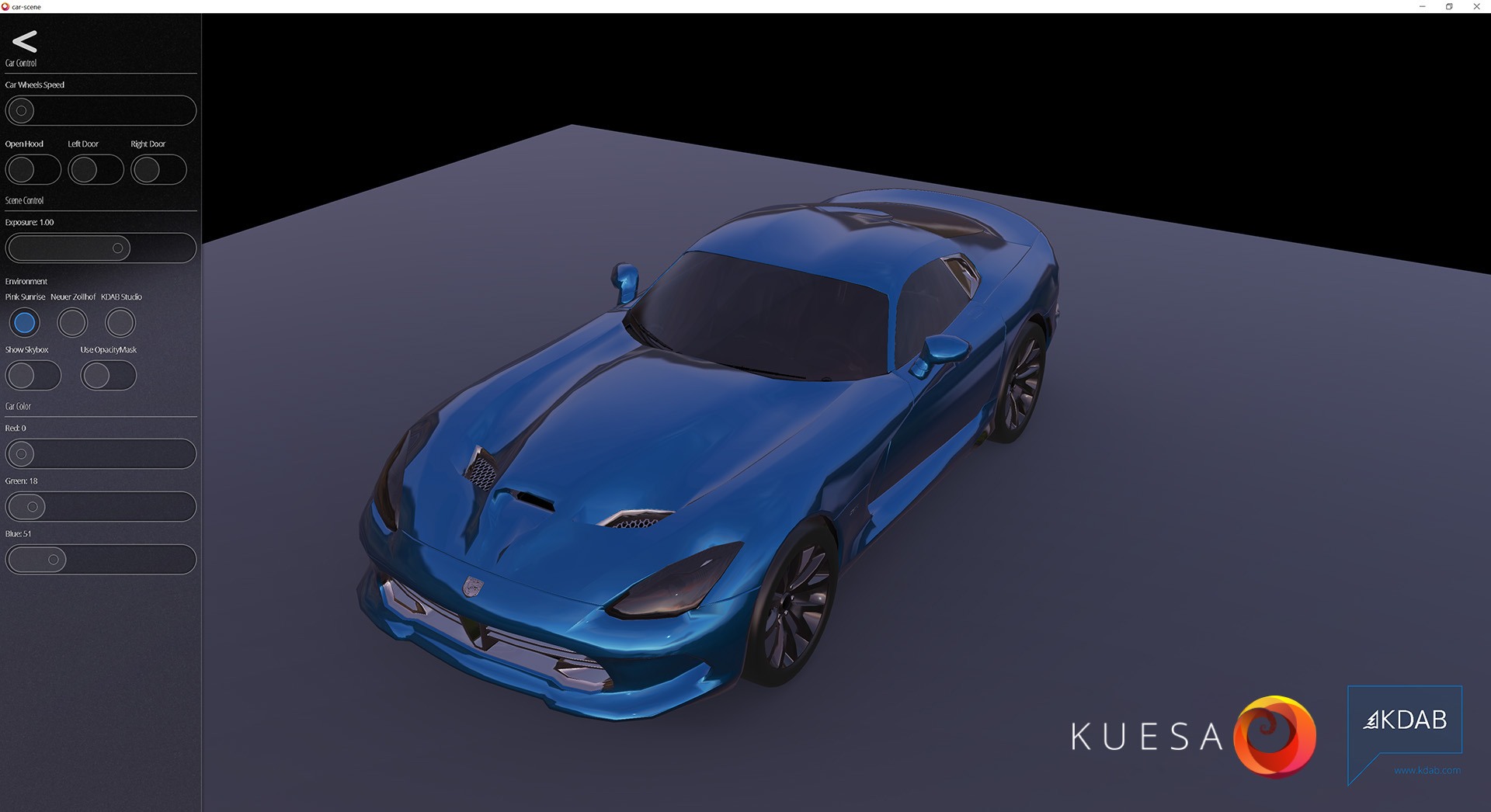 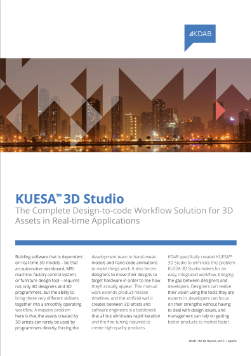